Climate Corporation’s, Greg Berger, joined a small but mighty insights team. When he first starter at Climate, he was an insights team of one tasked with the challenge of servicing a global organization. He noticed thee barrier he would have to come right off the bat. They way research was being stored and leveraged was creating problems. First of all, the research was expensive and underutilized. Second, it was too easy to accidentally conduct duplicative research because it was difficult to know what they knew at Climate Corp. And third, insights was overwhelmed with requests for data pulls because their business partners had no way to answer questions on their own.

Greg sought out tools that would help him tackle these barriers. He landed on KnowledgeHound data discovery platform. Read on to learn more about why/how they implemented Data Discovery. And how it’s helped them make a BIG impact as a small team. Or tune into the recording of our webinar with Greg here.
‍

How can a small insights team get a handle on all the data Climate Corps farmers produce in every field in every region on an ongoing basis?

With Climate FieldView, farm operators gain access to an incredible asset: detailed data about their fields, machinery, and harvests. With users on the ground in many states and counties, Climate’s marketing efforts require collecting vast amounts of survey data. But they have limited resources when it comes to analyzing and drawing insights from that data.

As a professional with a data analytics background, Greg Berger was undaunted. “We really needed something that was going to unify our data and enable an intuitive experience,” he said.

They had many people commissioning market research surveys and no centralized location where team members could go to check what they already knew about their customers, let alone discover something they didn’t yet know about their customers. When Berger joined KnowledgeHound, he found that their approach to market insights was:

The real kicker was that for all the data they were buying, it was being vastly underutilized. More than a knowledge management system to locate final reports, their team needed a tool that would help them access the underlying data. As Greg puts it, they were just scraping the surface of what was available.
‍

As Berger tried to get organized, he found that Google Drive’s library function was no substitute for a search-driven data discovery tool that made the data points searchable as well as the high-level file information. So, he introduced KnowledgeHound and a new protocol for commissioning new studies.

Anyone who wanted to request a new study had to create a research brief that answered the question, “How are you going to act on this data?” This helped ensure that dollars were being spent well, and it gave the market insights team a chance to point team members to the data sets if they already exist within their data discovery portal.

By opting for a data discovery platform, Climate unified its market research data, which became even more important as the company was acquired by Monsanto and then Bayer. With stakeholders in multiple field offices across the country, having a cloud-based platform was key to maintaining a high-level view of their market research data as the Climate team made these transitions and grew.
‍

Get from question to answer faster.

With KnowledgeHound, Climate’s users can users can search for and analyze any survey question that’s ever been asked and reference their final reports alongside that data. Users are free to follow their own hunches and check their assumptions directly in the data.

When asked how KnowledgeHound has changed how his team operates, Berger said, “It puts us in a position to be more proactive.” Rather than being “data keepers,” KnowledgeHound enables Climate’s market insights team to answer questions more quickly and empower others to pull their own insights.

For example, If someone pings a market research team member with a question, they can respond using an HTML-based link that will bring that person right into where the answer is located in KnowledgeHound. With this tool, market researchers can share exploratory analysis and demonstrate how newer users can locate these data points for themselves.

This kind of agility has transformed Climate Corps internal processes by enabling self-service. “You no longer have to know where something is. Just ask a question and the questions will come up with the data.”
‍

To the folks at Climate, KnowledgeHound is one more way they’re working toward the future of insights, and it aligns with their goals. There were two aspects of KnowledgeHound’s data discovery portal that made up their minds:

KnowledgeHound’s team does the leg work of cleaning, organizing, and tagging data for clients. We also work directly with vendors to facilitate integrations and, and for Climate’s lean market insights team, this was a huge differentiator. 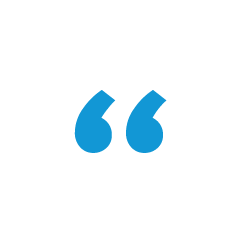 “It puts us in a position to be more proactive.” Rather than being “data keepers,”